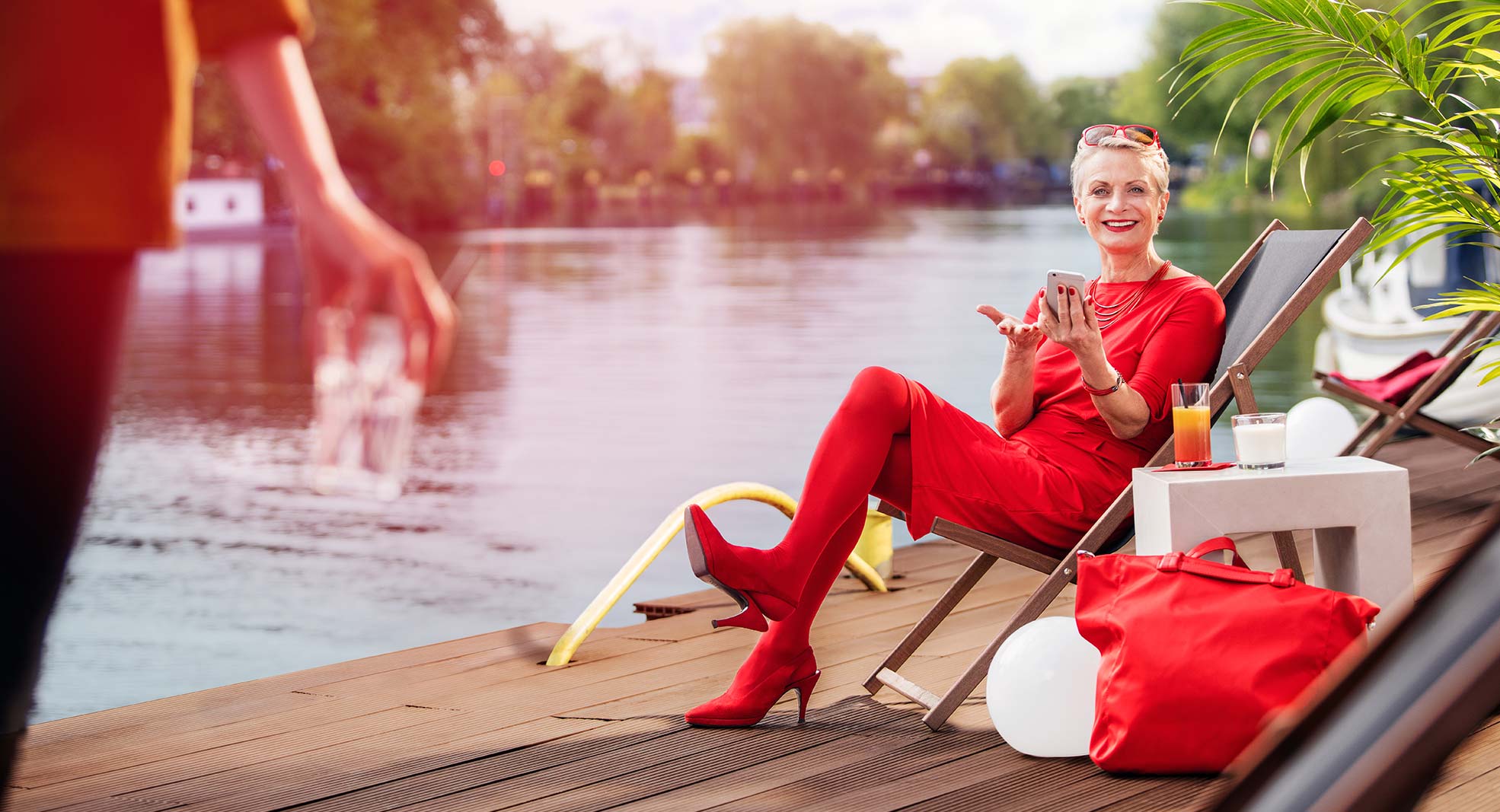 Online-Banking for a lot of people today is something we use everyday. But not everyone is convinced yet that banking is quite easy and effortless if you do it online. Therefor the Berliner Sparkasse asked SALZ to create a campaign that helps overcome uncertainties of the classic branch counter client - and instead recognize the advantages of banking via Smartphone, Tablet and on the Computer. And right in the middle of all that is a screaming-red and charming character: it's Sparbara!

Offline and online. From Display-Banners to huge billboards. In 2017 the campaign was everywhere to see in Berlin. First "Sparbara" appeared in all of the Berliner Sparkasse bank branches — as a life sized cardboard pop-up, a roll-up, as posters and flyers, as floorgraphx, on instore TV and of course at the ATMs . After you could see "her" in print advertisements, advertising bills, on Buses- and Trams, on giant displays at the Mercedes Benz Arena, in YouTube videos and on a variety of online-banners and social media advertisements. Phew! Sparbara was everywhere, where you could do online banking. ;) Even at unusual places: with "Sit&Watch" the campaign actually made it as far going to the loo with you - because even on mirrors, toilet doors and on bathroom tiles in a few select restaurant locations in town Sparbara was advertising. 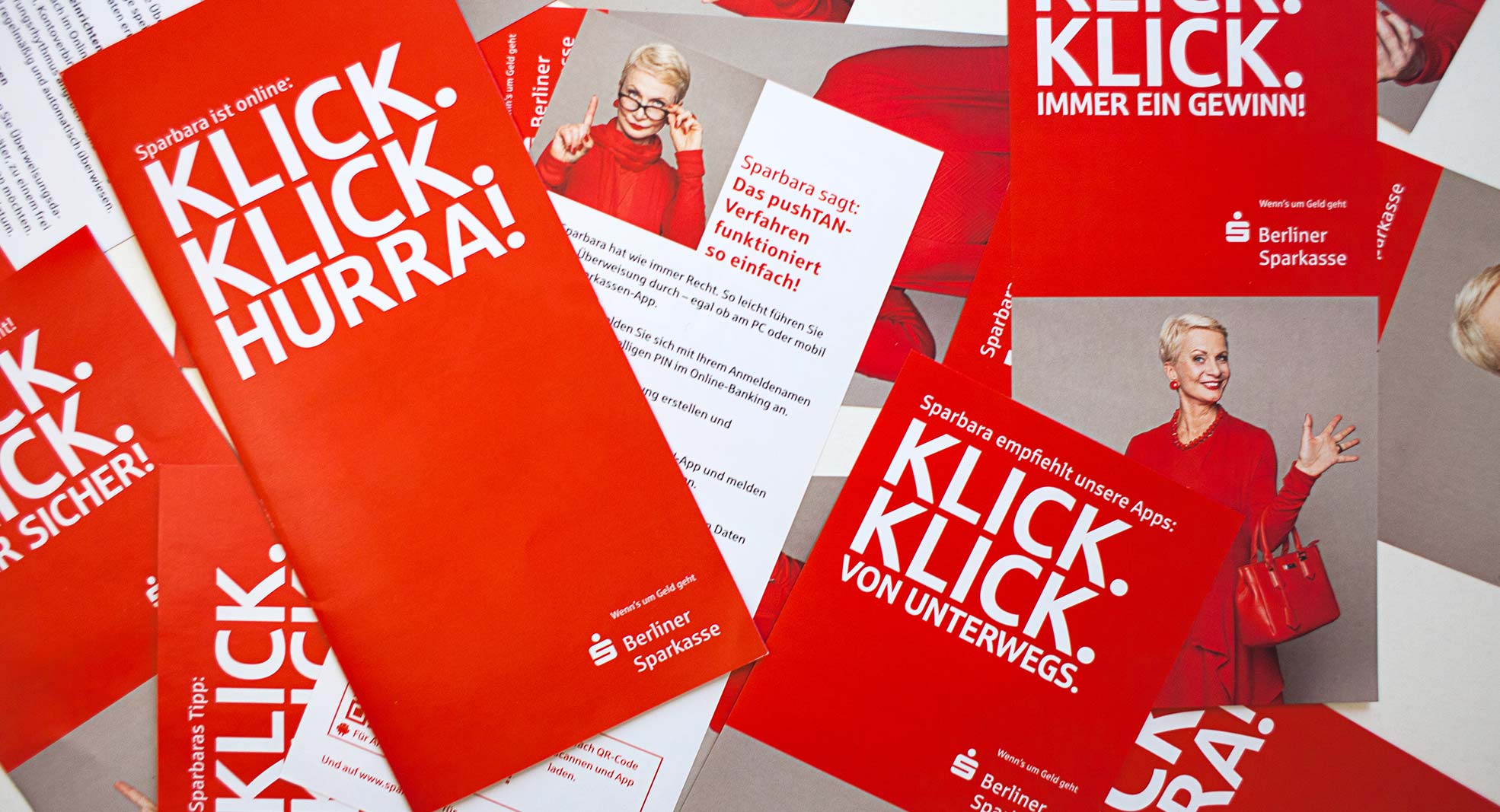 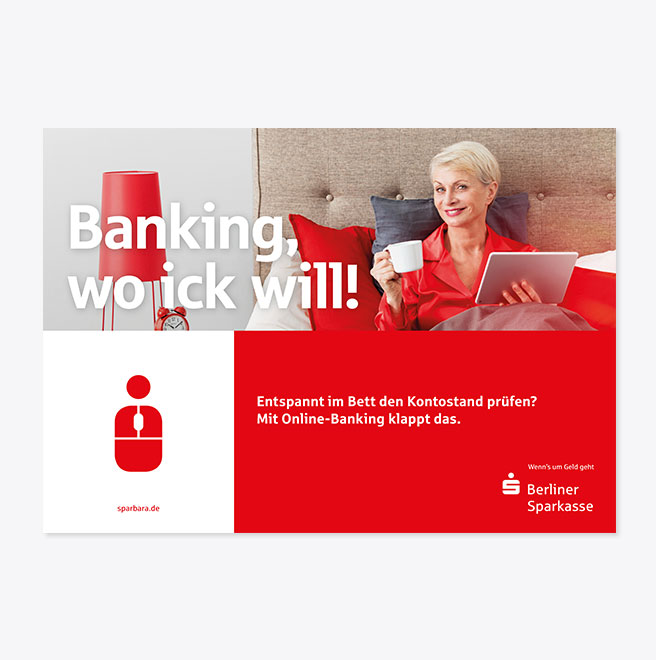 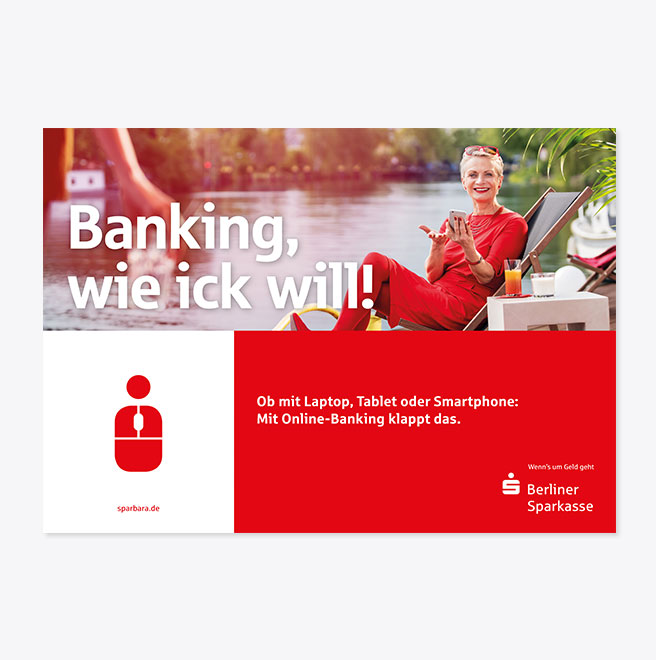 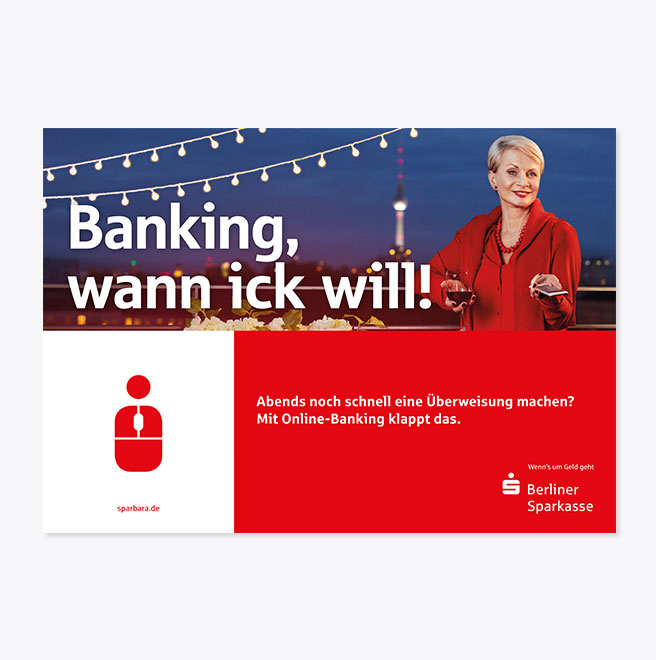