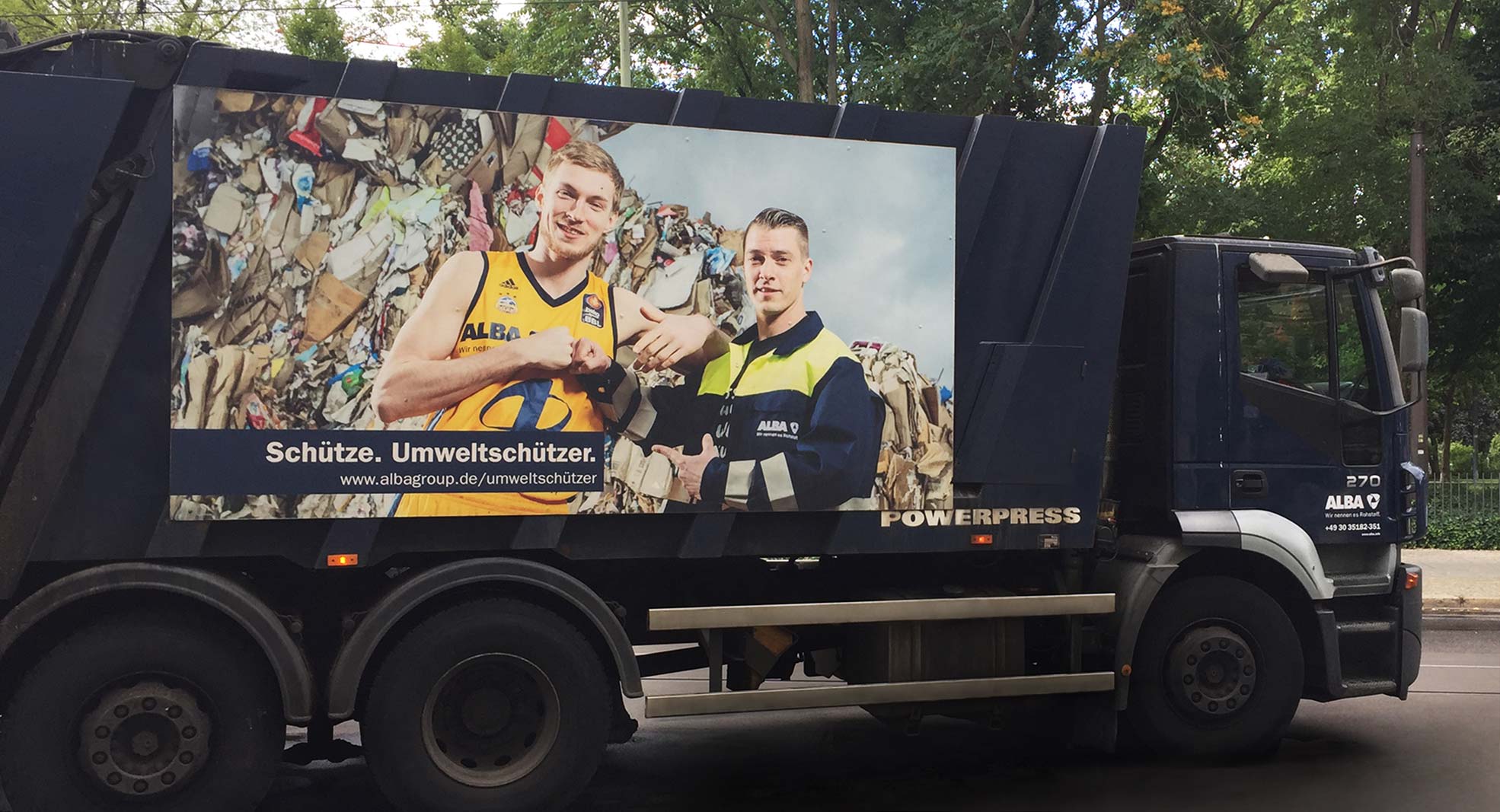 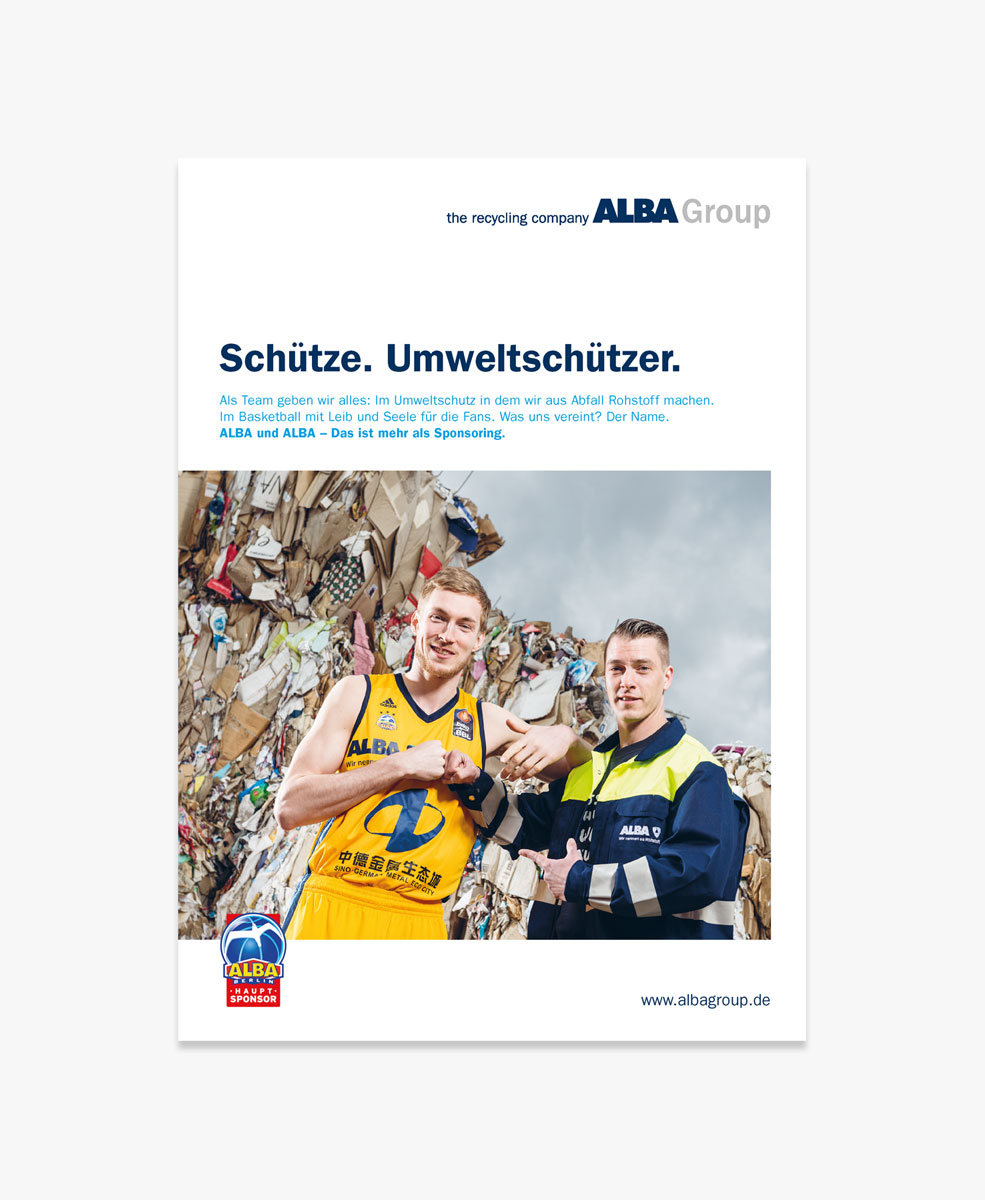 Down into the bin

One name - two teams: ALBA Group and ALBA BERLIN. For 24 years involved in sponsoring, waste recycling and basketball are a genuine sign for Berlin. In the SALZ image campaign, including the matching Viralspot, the top scorer of the Albatrosse shows his talent as a shooter and at the same time as an environmentalist - with an accurate recycling. Reasons for a continuation of the sponsoring partnership are enough - the SALZ now also knows the Facebook community.